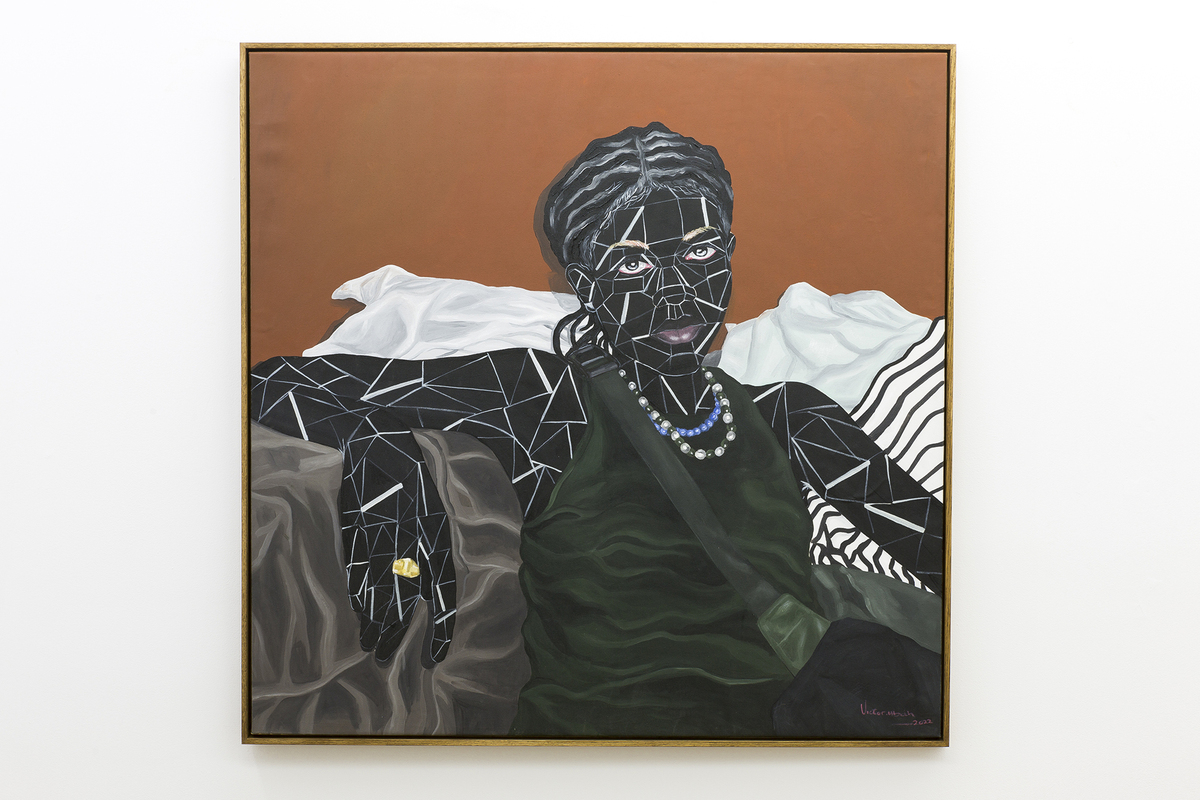 Dede, 2022, 122 x 122
Victor Ubah born 2000, Lagos, Nigeria
Victor Ubah reflects upon social infrastructure, self- determination and identity in his artistic practice. Influenced by the anime and popular cartoon animations he watched throughout his adolescence, he was inspired by an image’s ability to communicate intricate ideas about identity and personality. He was further inspired by Cubism, the early 20th-century avant-garde art movement led by Pablo Picasso and Georges Braque, that revolutionised the representation of three- dimensional forms by painting from many viewpoints, rather than a singular perspective.