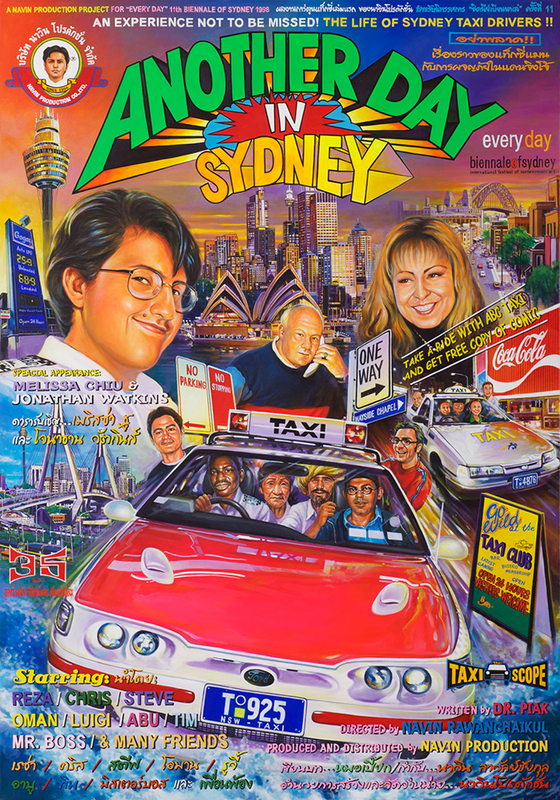 Navin Rawanchaikul is a Thai artist whose ancestral roots are from the Hindu-Punjabi communities of present day Pakistan. Questioning modern systems of artistic creation and presentation, Rawanchaikul has developed a unique and vast body of work that relies heavily on team spirit and collaboration, and is often produced under the banner of Navin Production, a studio he founded in 1994. Seeking better and more visible ways to introduce art into the lives of everyday people, in 1995 he initiated his landmark project Navin Gallery Bangkok, in which an ordinary Bangkok taxicab was transformed into a mobile art gallery. Its great success prompted several versions of the Taxi Gallery to be created around the world, including in Sydney, London, Bonn and New York.

The artist is best known for dynamic art practices that involve direct public interventions, social commentary, and an innovative style of integrating community or individual experiences into eccentric fictional tales featuring recurring characters. Navin Rawanchaikul works in various media including sculpture, painting, performance, photography, and film. He represented Thailand at the 54th Venice Biennale (2011) and has participated in numerous group exhibitions around the world.