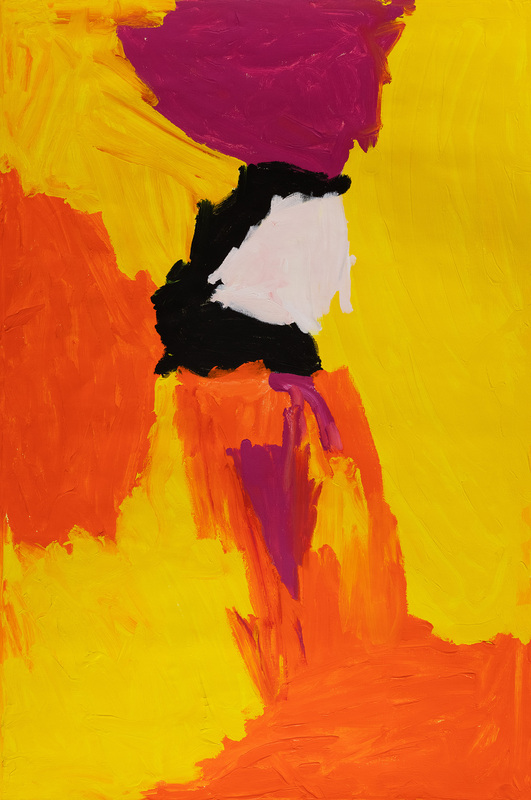 Indigenous Australian artist Mirdidingkingathi Juwarnda Sally Gabori’s - Mirdidingkingathi Juwarnda referring to her tribal name “dolphin born at Mirdidingki” - immediate love of paint and the full spectrum of colour offered to her triggered an outpouring of ideas including depicting her country and her ancestral stories. Gabori grew to womanhood at a time when her people, the Kaiadilt, still lived a traditional life, uninfluenced by the encroachment of Europeans and did not hold a paintbrush until she was in her 80s.

Whilst her works could be recognised as abstraction, they are actually land and seascapes and her fascination with colour seems as significant as the content itself. A closer look, the country, colour and mind’s eye combine to impart to the viewer a real and intimate sense of who Sally Gabori is and where she is from. The artist’s raw talent and appeal has reached far and wide, resulting in Sally Gabori being one of the most highly regarded and sought after contemporary indigenous Australian artists. What makes her work so intriguing is the way it represents a culture of seeing, more than a culture of painting. Late in her life, she adopted a distinctive and abstract artistic language to show us how the Kaiadilt see their world.

In 2013, Sally Gabori was selected for the Australia exhibition at the Royal Academy of Arts in London. The exhibition marked the first major survey of Australian art in the United Kingdom for 50 years. The exhibition spanned over 200 years, from 1800 to present day and revealed the evolution of Australia through its art. Also in 2013, Sally Gabori was honoured to be invited to exhibit in Personal Structures as part of the 55th Venice Biennale. Held at Palazzo Bembo, Personal Structures was part of an international art project, which focused on artists working with Time, Space and Existence. In 2014, Sally Gabori was awarded a successful commission to be part of the new Brisbane International airport terminal upgrade. This accolade was an immense tribute for the artist and her Kaiadilt family.