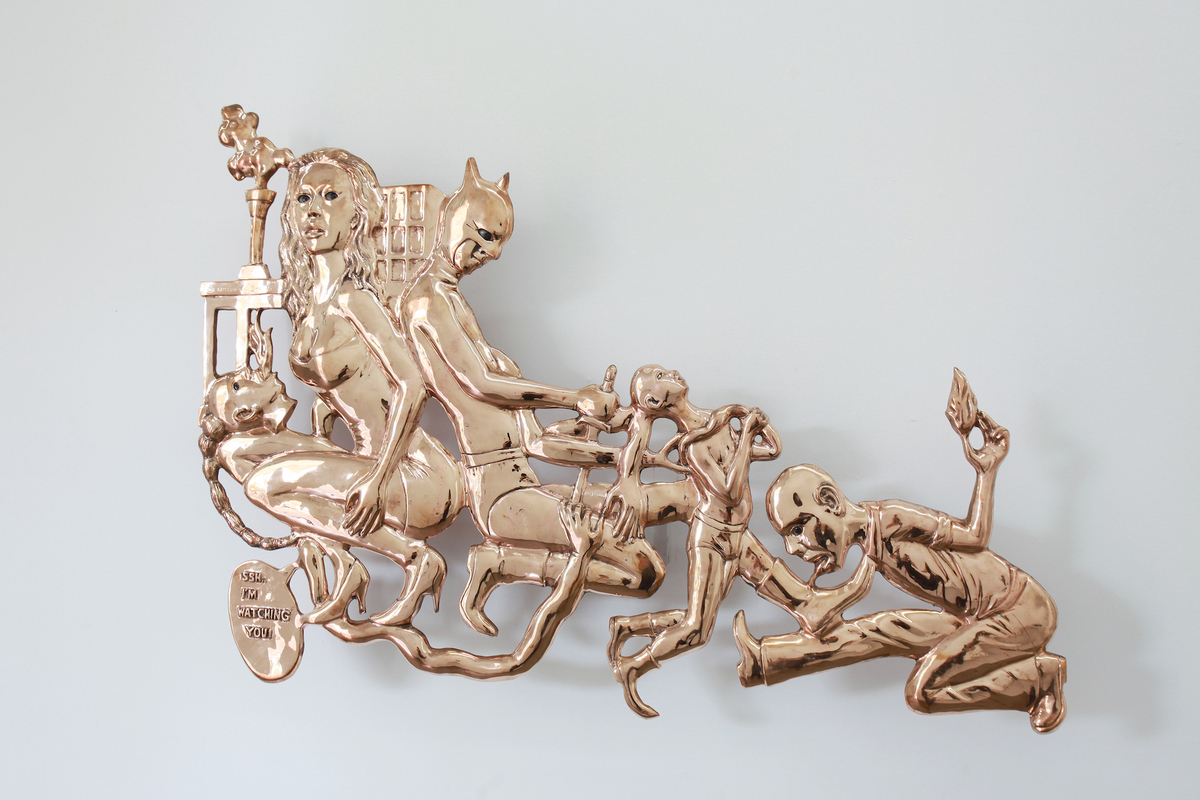 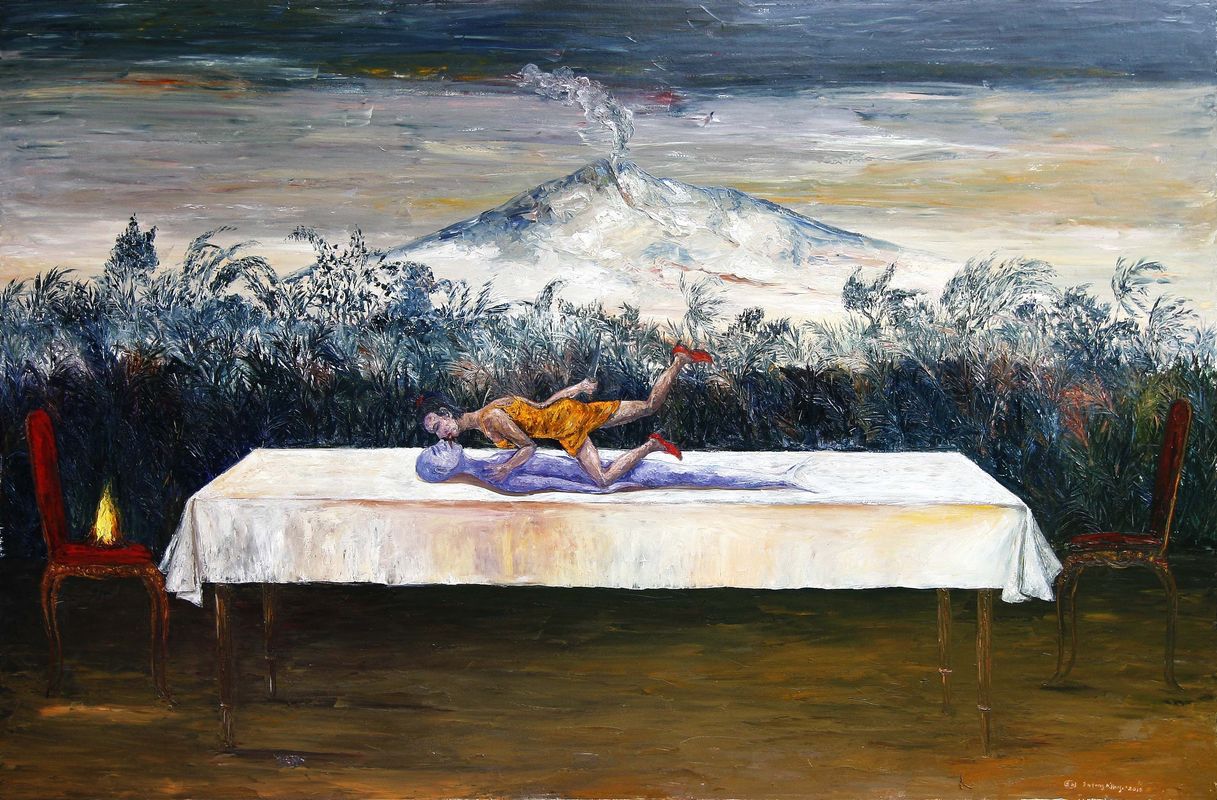 In Entang Wiharso’s work the artist’s own personal experiences are embedded with a strong examination of the predominant socio-political conditions of his home country. To him, creating work is a way of understanding the human condition, of heightening our ability to perceive, feel and understand human problems like love, hate, fanaticism, religion, and ideology. “I depict the condition of humans who are often divided by complex, multilayered political, ethnic, racial, and religious systems: they co-exist yet their communication is limited and indirect. Figures are interconnected by intuitive as well as intellectual linkages, including ornamental vegetation, tongues, tails, intestines, animal skin patterns, fences and detailed landscapes.“ (Entang Wiharso, 2011).

Recently, an increasing use of written text has entered his works: slogans, signs, philosophy or common phrases are collected from newspapers, political campaigns, quotes from important or influential people or characters from TV or films. Used directly or altered by i.e. changing the punch line, underlying meanings are exposed and add a further component to the complex artistic language of his work. His work shows ambiguous profiles, similar to the forms of giants in the myths of Java, and combines them with contemporary elements. He puts together “primitivism” with a cartoon’s language of his contemporary life, being able to transport primitivism in his actual reality.