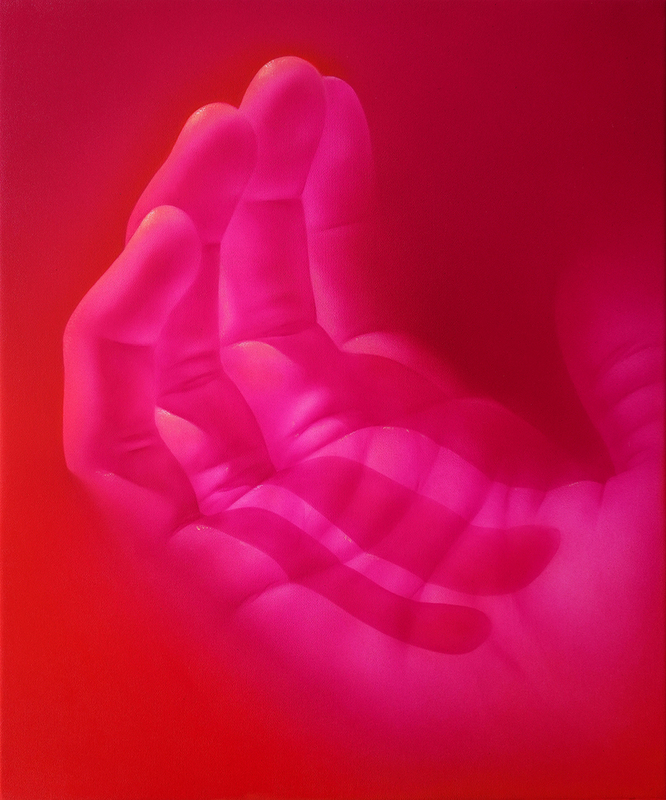 Absent II, 2022, 60 x 50 cm
Aistė Stancikaitė works in monochromatic drawing and painting, achieving texture and depth with the detailed handling of tones of purple and red. The artist challenges perceptions of reality by the sheer perfectionism of her approach. A significant part of her work deals with the human figure, the portrayed characters’ anatomy and personality, appearing as both familiar acquaintances and fictional strangers. Through the effort to capture sensible details she demonstrates not only her technical skills but also her generosity towards the other.

Stancikaitė has been participating in exhibitions and residencies around the world since 2014 and has received at least five different meritorious awards. Born in 1988 in Lithuania, Aistė Stancikaitė currently lives and works in Berlin.